Receiving wild flowers in a spaghetti can is not something a girl forgets, especially when they arrive with bacon, wrapped old-school style by the butcher.

I was staying at a B & B in small-town Quebec when I heard the door knock. Checking that I was presentable, I put on my mask and opened it.

A thin, sun-hardened arm reached out and passed me the flowers. They had clearly been arranged with care, not simply tossed in the can.

“These are so beautiful, thank you, I-“

The other thin, sun-hardened arm reached out and passed me a package wrapped in brown paper.

“It’s for your breakfast with your friend. You’re going to visit her today, right? It’s bacon.”

Wearing a black kaftan, hair up in a bun, mask on, I stood holding the flowers and bacon. The moment felt surreal and for a second I felt like an actress in a scene from a quirky indie film.

Standing in front of me was the man I had dated when I was just twenty-one years old. Now, thirty years later, he stood before me with these sweet offerings.

I had traveled to rural Quebec for a late summer visit with one of my dearest girlfriends. Realizing my old boyfriend lived nearby, I had reached out to him thinking it would be nice to have a coffee and catch up. But that’s not quite what happened…

I ended up sitting on a lawn chair, in a field behind a workshop, drinking wine from a dirty mason jar. An alarming-looking fire in a metal barrel and a giant pirate’s flag were the only decor. Joining us were his ex brother-in-law and a fast-talking man wearing a straw fedora.

At various points in the evening the guys took turns urinating outside.

“If you need to go pee you can just do it out here, don’t worry, we won’t look and you’ll be safe. I’ll protect you,” said my ex.

Wait what? Peeing outside? What is happening?

On the walk over to his artist meets Hells’ Angels living quarters, I had struggled to connect with the man I once knew. He had a hard time making eye contact, was fidgety and clearly drunk.

I learned he had a grown daughter whom he deeply loved. That he knew how to survive in the wilderness (yikes, why?) and had spent time in Ireland. He’d also worked for years on large ships and loved to write poetry. That’s what I got, just a broad outline. But there were details. The details were in the scent he gave off: a blend of grief and complete despair.

“You know me. I’ve been trying to kill myself for years,” he said casually, just like someone might say, “you know me, I love ice cream.”

Later that night, alone at my B & B, I was overcome with sorrow. It shattered my twenty-one year old’s heart to see him so broken. I remembered him being wild and troubled when we dated, but also kind and romantic. One time he surprised me at the bus station:
I was returning from visiting a friend and there he was, hands in his pockets, staring at the windows trying to locate me, his eyes lighting up when he saw me. I distinctly remember thinking: “I can’t believe he’s here!” There were no cell phones or emojis back then, but if there were I would have texted my girlfriends:
“OMG he’s waiting at the station for me!💖😍🤸‍♀️👏💕”

Being presented with flowers and bacon the morning after such a crushing evening was not something I was prepared for. But, the moment was tender and real and awkward and despite the sadness I felt it was also beautiful. 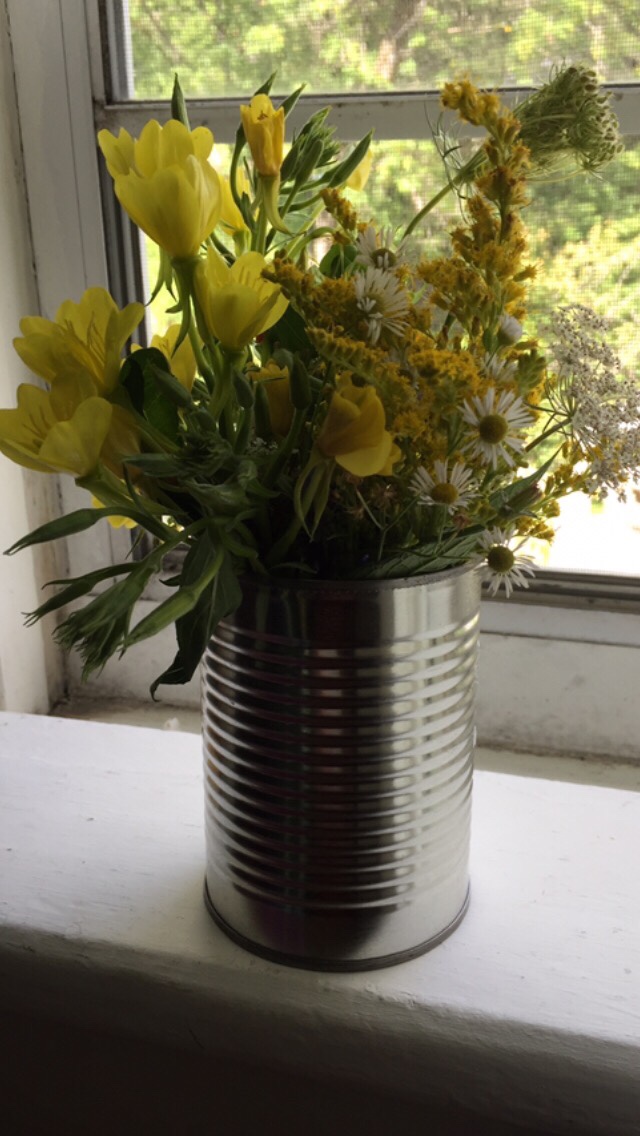 When the weather turns warm the park transforms into a runway for young lovers. Teenagers lie on the grass, entwined like colorful vines.

Sitting under a pink flowering tree I put on my headphones and hide behind my sunglasses. Hiding so that I can spy.
I spy with my little eye:
Two girls, both wearing checkered Vans and paint splattered jeans. They giggle and kiss, then curl up together, the long unicorn-hair girl lying with her head on the other’s chest. They’re so beautiful I want to paint them. Of course I have no painting supplies with me and I also can’t paint to save my life. So I try to photograph them with my eyes, each time I blink I imagine I’m taking a Polaroid. I just want, I just need, to remember all the details of this sweet sweet tableau.

I spy with my little eye:
Two teens, each wearing a black mask. They’re walking hand in hand until the shaved head kid takes the bleached blonde kid into their arms. They pull down their masks and kiss.

Wow. It’s a kiss for the poets.

Loneliness – or is it longing? – washes over me making it hard to breathe. I take a sip of water and shed a few tears. The tears feel good and necessary, like when you see a Monet painting in person for the first time.

In my own marriage it’s as if two people are living together, but apart. “Together But Apart.” It could be a book title or the name of a new Netflix series. We don’t really kiss anymore. Or do we? Do we kiss and I just don’t notice? Are the kisses like a beige room that have no impact?

Now I’m angry. I want to kiss, I deserve to kiss. What’s happening to my life? What have I allowed to happen to my life, to me? Because the thing is, when your body, psyche and heart remember what it feels like to kiss like the two masked teens, then the grief you experience when you no longer kiss like that – the grief I’m experiencing right now in this park – the grief is intense. What the hell is wrong with God? What kind of a fucking sadist would make us remember?

Yet…
I spy with my little eye:
Joy. There is still joy, despite God being a sadist. Because these precious young people are growing up in such crazy times and yet here they are still having crushes, still making out, still having googley eyes for each other. They are everything that is right in this world and I love them for it. And I want to sit in this park forever and soak up their rainbow-hued energy.

The following is a true story. It’s part of a new series I’m doing of 100 word real life stories.

My secret crush was standing in front of me at the toy store where I worked. He handed me a fortune cookie and left. Inside was his number. It was 1987, so I had to wait until I got home to call him; we spoke for hours. I told my parents that the boy I loved wanted me, so I would not be going away to The University of Toronto; they refused to comply. Thus began weeks of me listening to Bryan Ferry’s “Slave To Love” while sobbing. At school I dated, ate pizza with magic mushrooms and dreamed of him.