“What do you mean different?”

“I don’t know. Something has changed.”

“Maybe my eyes look happy because my best friend is coming to visit this week.”

“Are you trying to say I look older?”

“I mean…your eyes just don’t look like they used to.”

“We’re lying in bed, in the dark, about to go to sleep and from what I understand you’re telling me I look older? Why in God’s name would you say that? I don’t think I’ve ever had a man say something so hurtful to me.”

“Well I mean we all change over time.”

“I feel sick with sadness, like I could vomit tears.”

The next morning Erica stared at her eyes in the bathroom mirror. She did look older, she’d noticed it a little while ago. It was partly hereditary – everyone on her mom’s side of the family got droopy upper eye lids. But for Paul to say something… 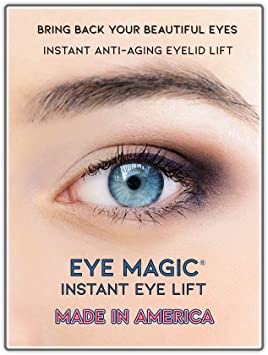 Paul regularly said things that left her feeling small. Little things that in the moment felt like nothing, but minutes later left Erica feeling deflated. And she had become so used to feeling this way that it felt normal. Though he said he loved her sparkly, colorful spirit, he was actually snuffing it out one day at a time. And since words left no physical marks, no one could see that she was being hurt over and over again.

Erica was so upset that she ate six Bear Claw cookies for breakfast and gave herself a stomach ache. Lying on the couch for half an hour she tried crying, but nothing happened. Where were her tears?

Erica circled their condo, taking her favorite possessions. Packing quickly, she drank coffee with spoonfuls of sugar. From their bedroom closet she chose only her most loved clothing, folding it in a small suitcase.

Logging onto airbnb she found an artsy, furnished cottage on the opposite side of the city. It was just a few blocks from the water and had a beautiful rose garden. She paid for three months rent and the owner offered to help carry her boxes inside, where she could store them in the den.

She cleaned the coffee pot and put her dirty cup in the dishwasher. On a leftover piece of packing paper she wrote a note to Paul:

I’m a Canadian-American writer who currently resides in Toronto ~ but My God do I miss the sunshine of Southern California! In 2014 I was diagnosed with Peritoneal Mesothelioma & I continue to deal with complications related to it. Cake for breakfast makes everything better & vintage fashion is my joy. View all posts by sparkledame

JOY by @_.makala
Beautiful paintings by Ukrainian artist & fashion designer Lyubov Panchenko. Yrs ago she was persecuted by the Soviet regime b/c her art celebrated Ukrainian culture.
Happy April!🤩
From one of my favorite fashion editorials, “Bohemian Rhapsody,” by Ellen Von Unwerth.
~ Poetic Beauty ~
Love the colorful paintings of Jae Dougall.💜 It’s so grey & yucky in Toronto ~ seeing her art cheers me up!